In Intervention Theatre the audience decides how a scene is played. They will first see a scene played by actors, that looks like something that could happen in their own working environment. Typically, there will be a conversation in which at least one of the actors is not relating in a positive way. At the end of the scene, the audience is asked to direct the scene in order to get a better outcome. Intervention Theatre is a fun and powerful way to discuss and improve team interaction as the participants get a clear understanding of desirable behaviour.

Have a look at this video to get an impression of the intervention theatre workshop. For smaller groups we also offer a theatre improvisation workshop. 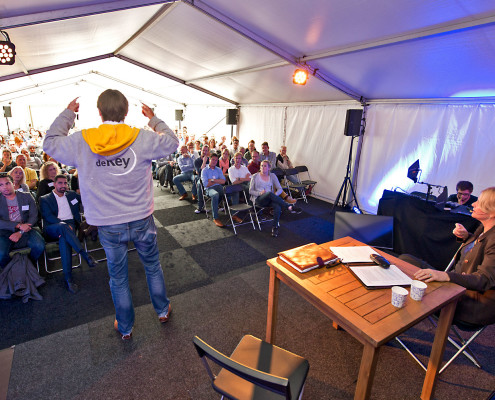 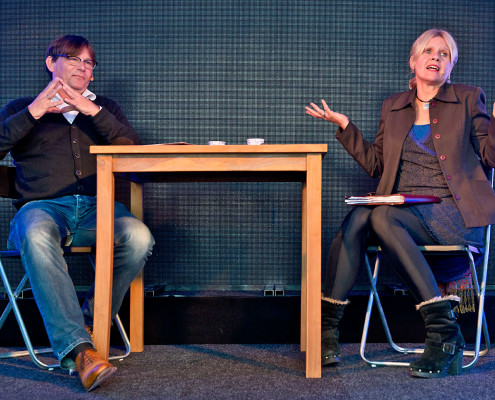